Another amazing weekend for Kristoffersson 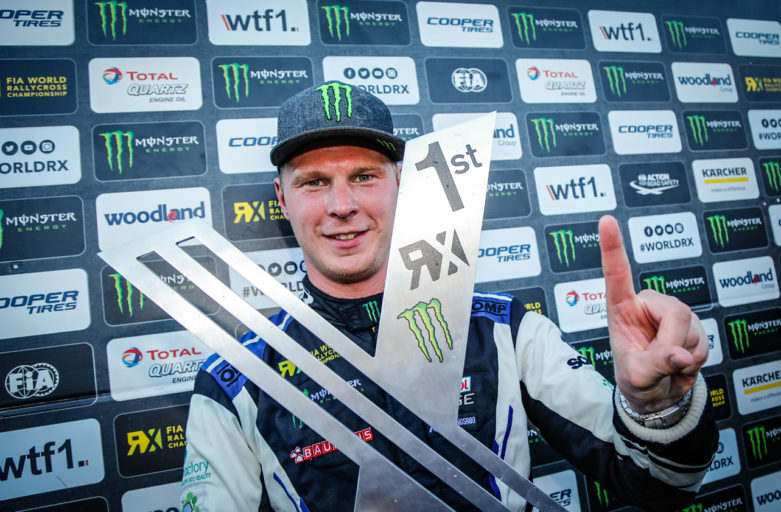 Johan Kristoffersson has finally conquered difficult Estering in Buxtehude. His first ever victory on the German track was also his tenth win this season. A stunning performance by the two-time world champion and his team PSRX Volkswagen Sweden – the Team championship is secured for the second year in a row.

”I can finally tell you that the view is awesome from the top of the podium in Buxtehude” said Johan after mastering the track that has haunted him previously. Johan Kristoffersson prepared thoroughly for this World RX round in order to figure out the secret on how to succeed and take his first podium at Estering. His plan worked. Johan didn’t just make it onto the top of the podium, he also scored maximum points for the sixth time this season. ”For me, this sport and the championship isn’t about numbers. Sure, it’s nice to win ten rounds, but that’s something I can look back on when I get old, when I have my grandkids on my lap and tell them about how granddad was a really quick driver once.”

His grandkids may hear the story of a difficult and rough qualification where he secured 16 points, just ahead of Andreas Bakkerud. ”There were moments this weekend when I thought ’It’s Buxtehude all over again. I won’t be able to get this podium’. Some of the qualifying heats were really tough with lots of traffic and interesting lines in the first corner.”

In the semi-final, it was Johan’s team-mate Petter Solberg who was the first to challenge, but Johan managed to keep the distance and score six more points with his Polo R Supercar. ”It was a shame that Petter and I ended up in the same semi-final, but we both made it through. In the first corner after I had done the joker lap it was like we were driving completely synchronized – that was good fun! 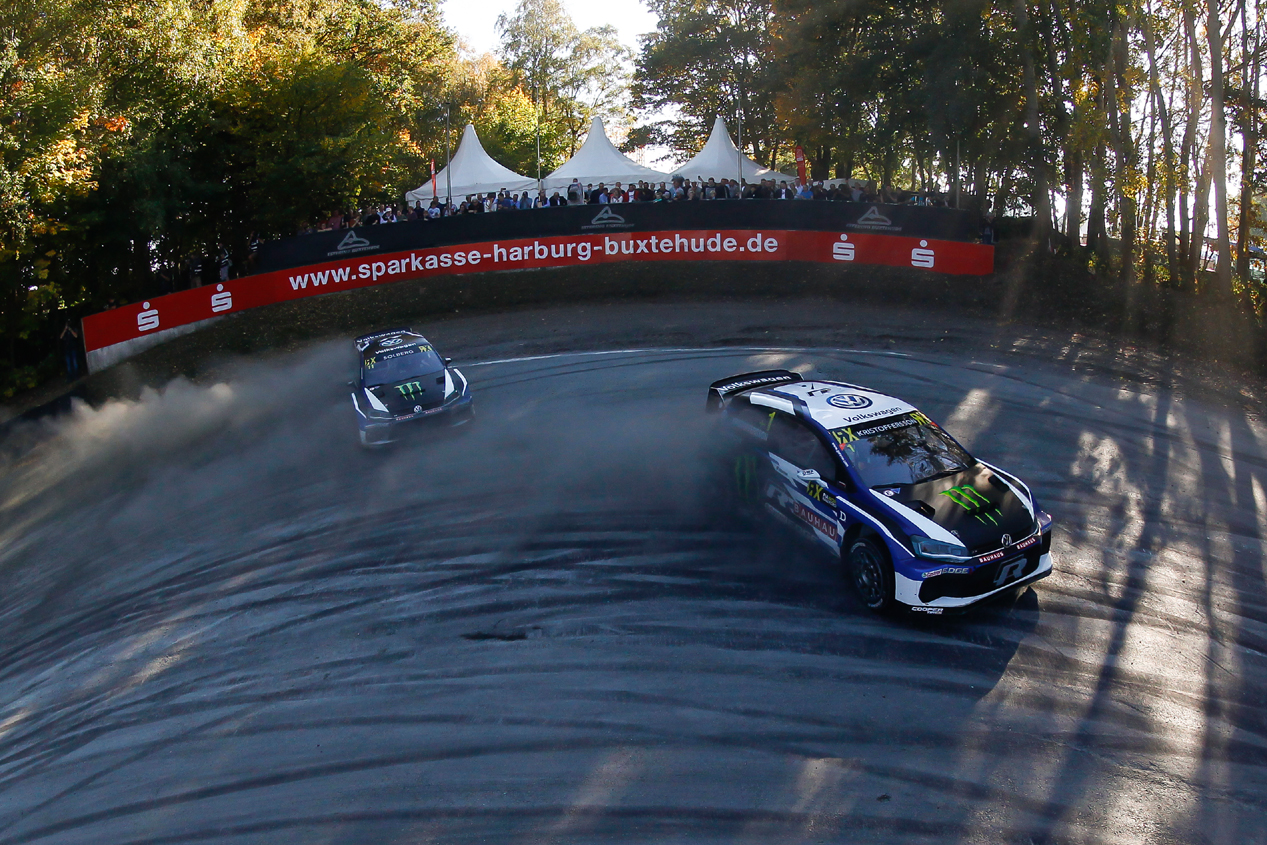 The final was dramatic. From first row, Johan lost the leading position in the legendary first corner to Bakkerud. One lap later, he took back the lead in the same place and was heading for the victory, but the race got a red flag after Kevin Hansen’s incident. With that, Johan got a new chance from pole position and this time he immediately took the lead and kept it until he crossed the finish line. He secured the tenth win in eleven rounds and the 19th in his career – something that is unique in the history of the World RX.

In the Drivers’ championship, Johan now has 311 points, which makes it an 83 points’ lead (!) over of Mattias Ekström with only one round to go in South Africa next month. Johan’s points also helped PSRX Volkswagen Sweden to secure the Team championship for the second year in a row, something that the champion wanted to put light on this weekend. ”The most important thing here and now is the story of the PSRX Volkswagen Sweden team. There are so many people who have worked so hard behind the scenes for this and this weekend is for them. To win a FIA title is an amazing accomplishment, but to do it again, in this way, shows that this is the best team in the world” said Johan.