Another masterpiece by unbeatable Kristoffersson 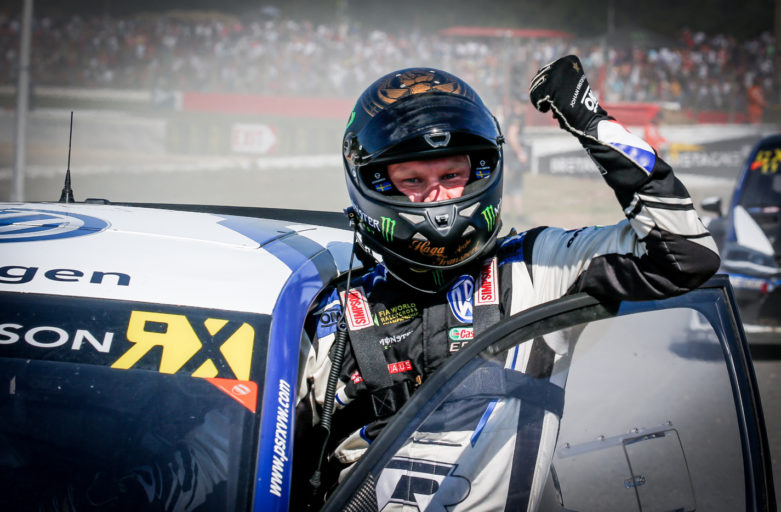 Seventh victory this season, fifth straight in the World RX series and third straight win in front of the massive crowd in French Lohéac. Ruling world champion Johan Kristoffersson continues in a class of his own. The PSRX Volkswagen Sweden star started the final from the second row but still fought his way to the top of the podium.

Johan Kristoffersson was beyond delighted after yet another fantastic race weekend, this time in front of 80.000 spectators in Bretagne.
”I love this place. The fans are so special. We know that everyone cheers like crazy for Sébastien (Loeb) and wants him to win, but the respect and the great feeling they give me is just wonderful. I really want to thank them all.”
The Swedish rallycross ace were in control all weekend and won Saturday’s qualifying heat. In the second, he had a rough start but still managed to win his race and set a second quickest time overall in the heat.

Sunday continued in the same way. Kristoffersson won an intense battle with Mattias Ekström in Q3 and beat Liam Doran in the fourth heat and with that he scored 16 championship points.
From pole position in the semi-final, he saw Ekström fly into the lead. Johan, who drove on used tyres, kept his position and secured second row in the final and another five points for the championship.
”The semi-final was okay, but my launch in the start was not superb” commented Johan.

He came to the final with four new tyres on this Volkswagen Polo R Supercar.
”I had saved my tyres for the final, but I was still a bit worried, becuase when you are in the middle of the field you can’t always take advantage of the tyres. I jokered early came out in front of my team-mate Petter (Solberg) – it was a close one!”
From fifth position, Johan put pressure on the drivers in front of him and waited for them to take the joker lap.
”Will they do it now? I wasn’t sure; I didn’t know who would joker when. I was behind Timmy (Hansen) and thought: ’Will he go for it now? Will he?’ I was ready to take my chance but it never really worked. And I couldn’t fully charge without risking to hit him, so I spent several laps just waiting and lost time.” 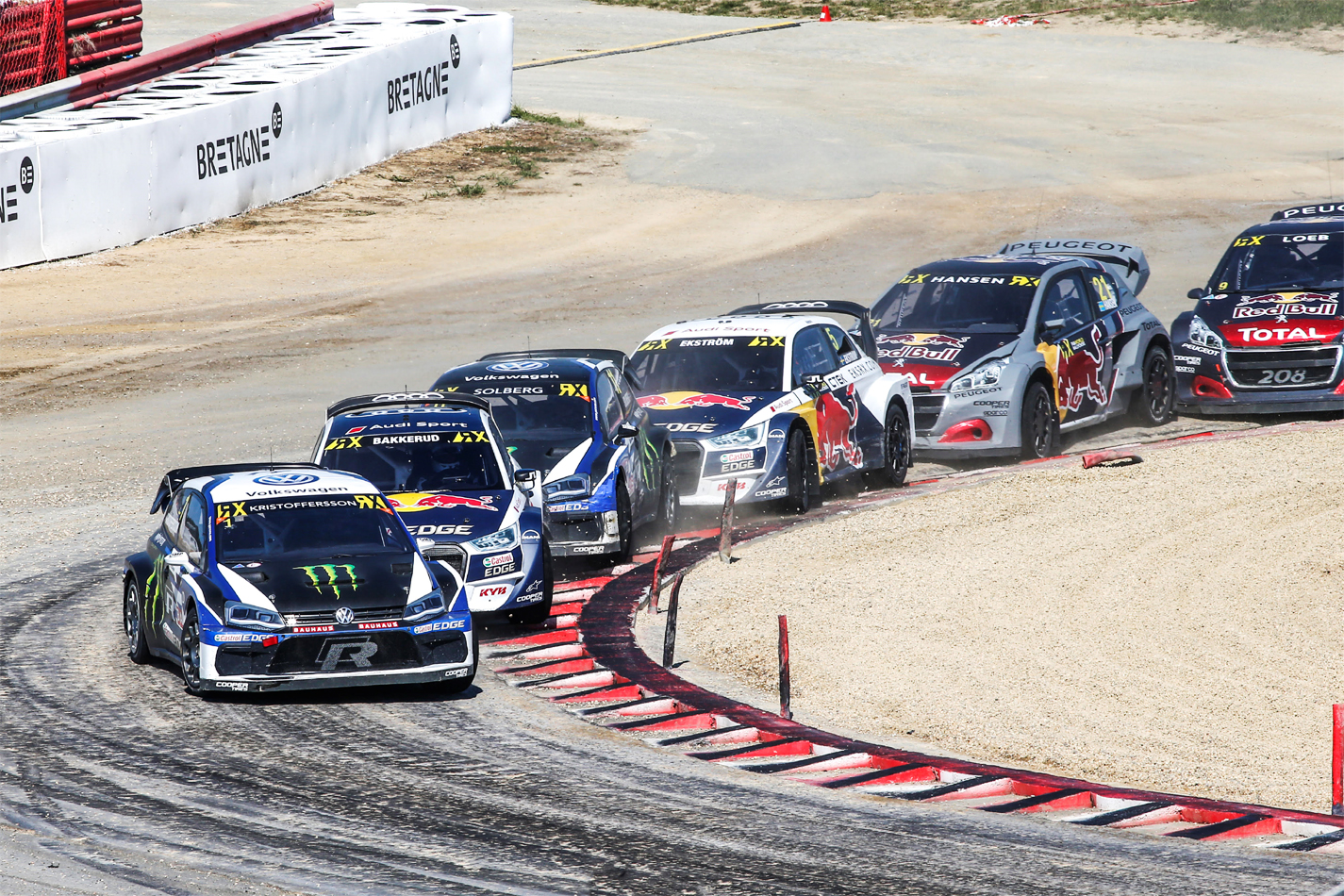 On the last lap, leading Andreas Bakkerud, Mattias Ekström in second and Timmy Hansen in third went for the joker lap, which in the current conditions took another extra second.
”My spotter yelled ’Go, go, go!’ so I pushed like mad and we made it.”
With his dad Tommy’s coaching from the spotter tower, Kristoffersson junior managed to squeeze in right in front of Bakkerud with Petter just behind. The two VW Polo R drivers had gone from fourth and fifth place to the podium in a few seconds.
”Amazing! I really want to thank my team and Petter. There were moments when I thought that this wouldn’t be possible and that makes the victory even more special” said Johan.

This win also means that Johan beats his own record of victories from last year. Seven wins in one season and a new record – but the job is not done yet. There are four World RX rounds to go, the next one is in Latvia in two weeks. Until then, the ruling world champion has a 59 points’ lead in the Drivers’ Championship.