Another victory for Johan Kristoffersson – this time in Portugese snow storm 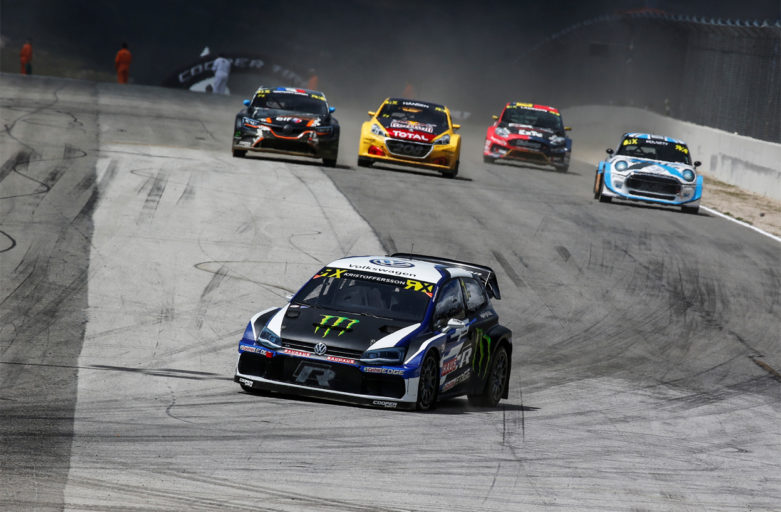 Just when we thought we had seen it all in the FIA World Rallycross Championship, Christmas arrived to the Portugese championship round. And Johan Kristoffersson and his team PSRX Volkswagen Sweden could enjoy the best gift of them all – Johan finishing on top of the podium.

Round two of this year’s FIA World Rallycross Championship wasn’t a walk in the park, but still it ended in the same way as the season premiere in Barcelona a couple of weeks ago – with Johan Kristoffersson taking the win. This was his second victory in two events and he now extends his overall lead in the drivers’ championship. His team-mate and PSRX Volkswagen Sweden owner, Petter Solberg finished third and these great results also put the team at the top of the team championship.

”What can I say? Today included just about everything! In Q3 and Q4, nothing worked that well for us, but with the crazy weather and very small time differences in the top, we knew that anything was possible. From the second row in the semi-finals, my plan was to follow the leader but after Andreas Bakkerud went wide, I took my chance and was really happy to win the heat” said Johan.

Everyone expected difficult and changing weather this weekend, but no one expected the drivers to race in a snow storm on Sunday. The patient Portugese fans didn’t mind the weather, they simply zipped up their jackets and let themselves be entertained by the performance that Johan gave in the final. Both him and the Volkswagen Motorsport Polo R Supercar were magnificent.

”When the snow started to fall for real, I wondered what would happen in the final – but eventually it all played out perfectly for us” said Johan. ”The car was great and I couldn’t be more pleased. Sure, the fight in the top gets tougher so winning two times in two rounds – and having Petter on the podium as well – is an amazing start to the season for me and the whole PSRX Volkswagen Sweden team.”