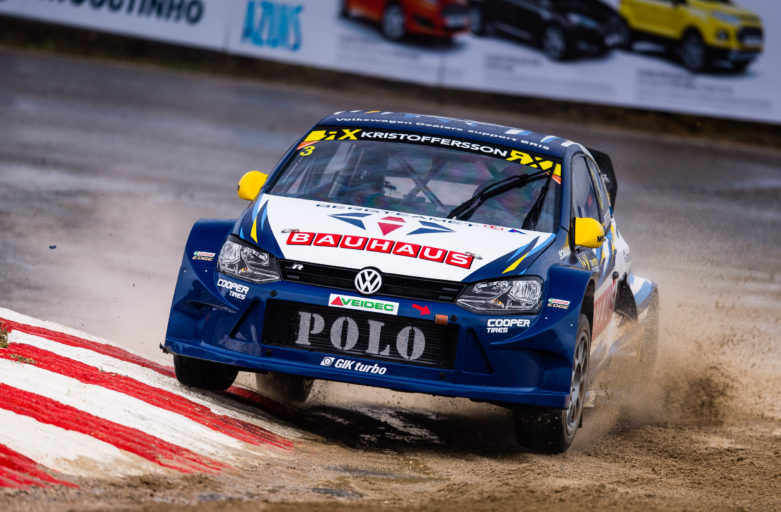 In an event that began wet on day one and dried out for day two, World RX event winner Johan Kristoffersson set the fastest time in Q1 and qualified on the front row of the first semi-final. He proved the performance of the Volkswagen Polo RX by winning the semi-final ahead of Sebastien Loeb.

In the final, Kristoffersson made the best start and won the Monster Energy Supercharge Award for being first to the first corner. He took his joker on the first lap before setting the fastest lap time of the weekend (38.979) as he pushed for a podium finish. On lap four, Kristofferson received contact from later event winner, Petter Solberg, after his joker lap – the resulting mechanical damage causing a sixth place finish.

“The weekend started well in Q1, it was very, very wet but the car was working well and we were fastest. We didn’t have good starts on the first day, they were much better in Q3 and Q4 on day two but still not perfect. The start was great in the semi-final and we managed to win it, which I was very happy with,” said Kristoffersson. “In the final I got a very good start, we had a very clear strategy to go directly into the joker, then I just pushed like mad. I felt I had right of way coming out of the joker lap but Petter (Solberg) banged into my wheel which broke the driveshaft and I had a big spin on the gravel. From there I just cruised to the end. It was ups and downs this weekend but we have the speed and the season is long, so I’m happy.”