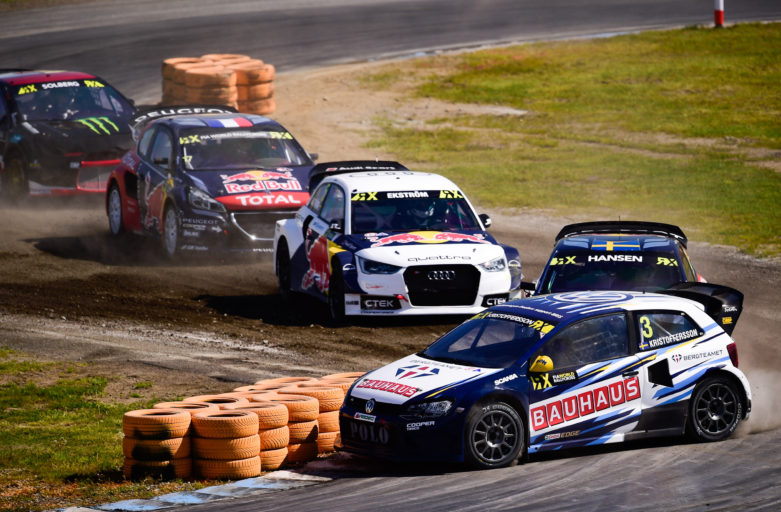 EVEN Management and Volkswagen RX Sweden’s Johan Kristofferson once again showed incredible pace at the second round of the FIA World Rallycross Championship at Hockenheimring in Germany. Unfortunately a hit in the semi-final put a stop to his fight for the victory this weekend.

Johan Kristoffersson qualified for pole position for semi-final two, following a run of consistently fast times through the qualifying races. The Swede led into the first corner of the semi-final, only to be hit hard from championship leader Petter Solberg, pushing bodywork onto the left rear tyre, which punctured on lap two.

Using all of his skill, and much to the delight of the thousands of DTM and rallycross fans in the Sachs Arena section of the German venue, Johan amazingly led the race until the fifth lap despite the puncture, but was unable to hold on any longer and only just missed out on qualifying for the final.

Johan was disappointed not to have been able to fight for victory, but knows his recent bad luck will change soon.

“If you bend something on the car you could manage for six laps, but if you have a puncture you can only manage for five … We had a good Q1 and a pretty spectacular start in Q2, which put us in a good position for Q3 and Q4, where I tired to stay out of trouble,” said Johan. “In the semi-final we had a pretty clear strategy, to try to stay on the inside, but I got a really big hit from the rear and on lap two I got a puncture. I just tried to hang on as long as I could and make it hard for the guys behind, but lost out on the last lap. We had the speed in Portugal and we had the speed again here. We don’t need to change what we are doing, we just need some luck. We will stay focused of course, sometimes you have a headwind but this is a long season and things will change for us soon.”

Despite not being able to secure the desired result at Hockenheim, Volkswagen RX Sweden Team Principle Michael Schneider is satisfied that the Volkswagen Polo RX and the team’s driver have the pace to win this season.

“We were first in the first corner of the semi-final but we were hit for the second race in a row by [Petter] Solberg. Johan is doing an amazing job. It was incredible from him, how he fought in the semi-final to keep the others behind for three laps was very impressive. That really shows his skills and capabilities,” said Schneider.

The third round of the FIA World Rallycross Championship takes place next weekend at Mettet, Belgium (May 13 – 15), where the team has been victorious for the last two seasons.