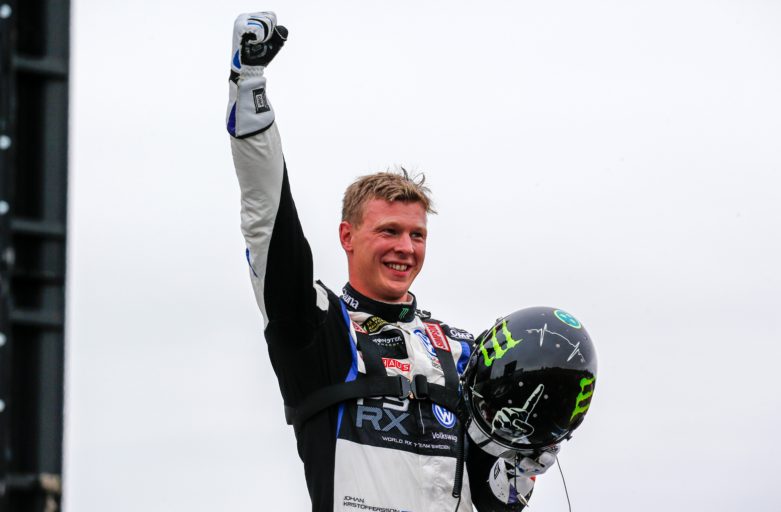 Four victories in a row in FIA World Rallycross Championship – no one has managed to accomplish that before Johan Kristofersson finished on top again in Lohéac, France, on Sunday. He took another big step towards the world champion title as he got his hands on yet another trophy.

PSRX Volkswagen World RX Team Sweden’s driver was sensational on the track of Lohéac when the team took their sixth victory this year. It was Johan Kristoffersson’s fourth straight win, which makes it a record, and also his eighth podium in a row and that makes it another record – a slightly less impressive one since he already had that record in his books since the previous round in Canada.

Johan’s incredible weekend in France means that he still has a good championship lead, eleven points ahead of his team-mate Petter Solberg. PSRX Volkswagen Sweden continues to top the teams’ championship standing and got to experience a fantastic race in front of a record crowd of 75,000.

”I’ve never felt so comfortable with the car in rain” said Johan. ”Yesterday it was sunshine and the track was dry and Sébastien Loeb came very close, but today the team has done an amazing job with the setup of the car. If there was something we needed to improve on our Polo, it was how it behaved in rain and I have to give cred to the team – they managed to do that. I know some people think that I thank the team very much, but you just need to know – they are the best!” 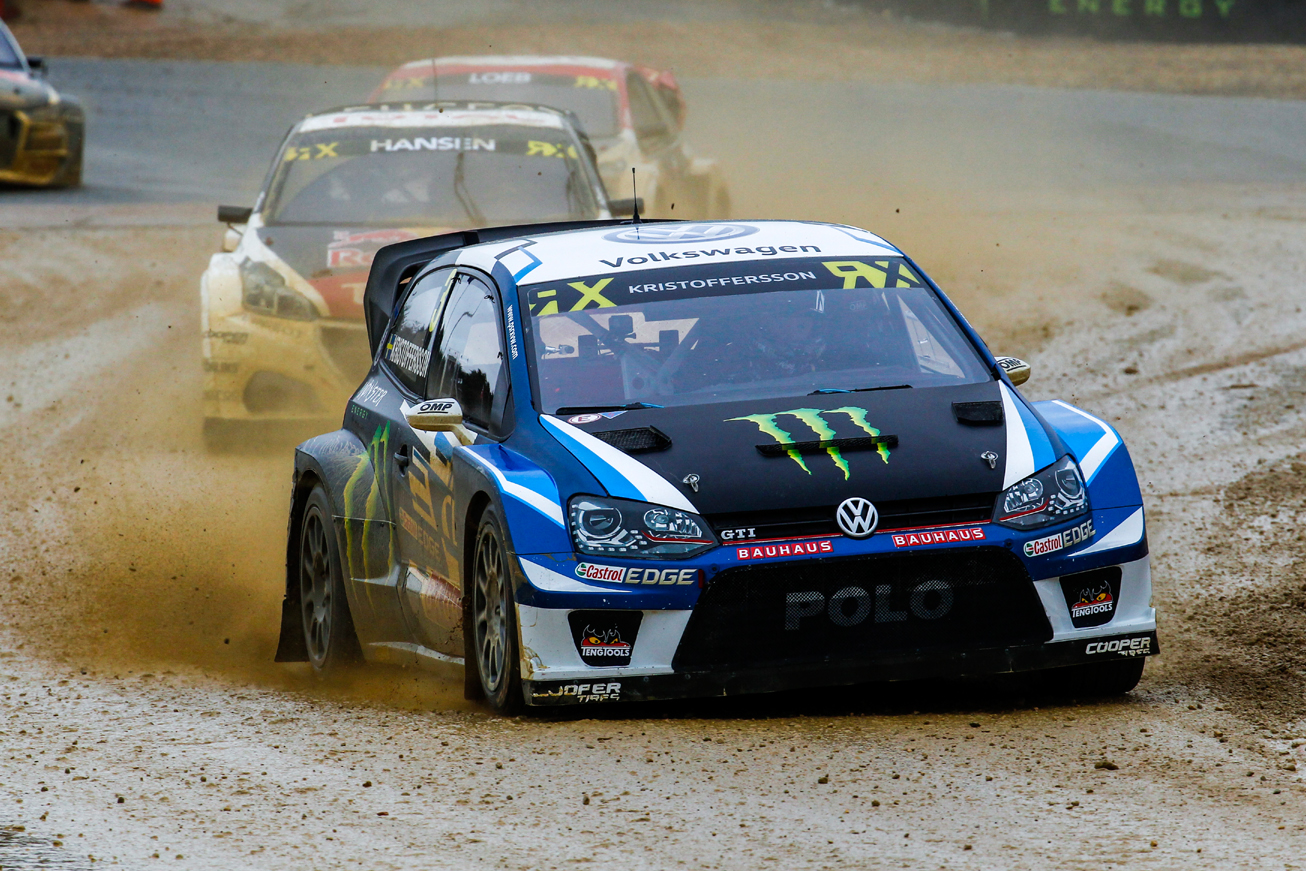 ”Petter and I work very hard together to achieve these results. We talked to the technicians and found a setup that I was comfortable with and that worked perfectly in these conditions. When you are behind the wheel of a car that makes you feel confident, you can really go for it and that’s what I could do this weekend. It was a superb feeling.”

Another superb feeling is to finish on top of the podium for the forth time in four events.

”It’s fantastic, I’m so happy about this record” said Johan. ”You never think about setting records when you drive. You are completely focused on every corner and every lap. But when I got out of the car, someone reminded me and I thought: ok that’s not bad! But most important this weekend is that we got more points for the team and took another step towards fulfilling the dream.”