Second place for Kristoffersson at Hockenheim 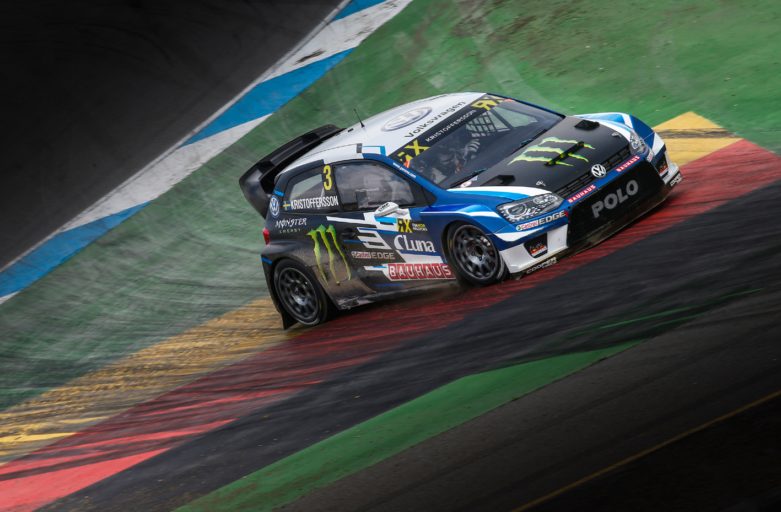 Johan Kristoffersson took his second podium in a row when he finished second at Sunday’s final at World RX of Hockeinheim. He also strengthens his second place in the overall Drivers’ Championship.

Johan Kristoffersson was in a magnificent form at the third round of this year’s FIA World Rallycross Championship. He won his semi-final and in the final, he finished second with his Volkswagen Polo GTI Supercar.

“PSRX Volkswagen Sweden did an amazing job this weekend. This team is still really new – don’t forget we didn’t start until just a few months ago – but at round one the team was fourth in the final, last time we were third, this time we are second. We want to continue this progress in Belgium and hopefully finish first! My team-mate Petter had a tough one, but for me things were a bit more straightforward. The Polo GTI Supercar is showing amazing speed, but we came up against a really tough guy in the final. I have to congratulate Mattias Ekström, he drove six really strong laps in that last race” said Johan.

The result gives PSRX Volkswagen Sweden an extended lead in the Team Championship and the team looks forward to continue the season at Circuit Jules Tacheny in Belgium already on May 12th to 14th.

”The big thing for me, for Petter and the team is what we are doing in the Team Championship; 17 points clear is very, very impressive for this new team. We’re still learning, we’re still developing and we’re still getting faster – but this weekend we showed how to work as a team. I’m proud to be part of PSRX Volkswagen Sweden” said Johan.