Victory for Johan Kristoffersson at World RX of Belgium 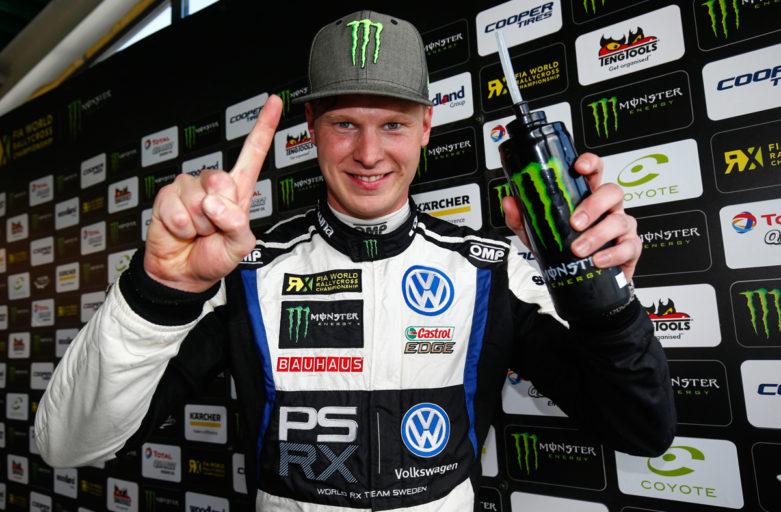 The speed and the potential has been there since the first race of the season. At Circuit Jules Tacheny in Belgium, Johan Kristoffersson delivered the best possible result when he took PSRX Volkswagen World RX Sweden’s first victory.

Just like last weekend at Hockeinheim, both PSRX Volkswagen World RX cars topped the leaderboard already from start. But this time Johan Kristoffersson stayed there until the final lap on the circuit in Mettet. He did not only take his third World RX podium of the year, but also the team’s first victory.

”This is something really special. What an amazing feeling. I know that my team-mate Petter and I have been talking about this before, but we are both very pleased with the way the team cooperates with Volkswagen Motorsport and the speed we had this weekend was a proof of that. The car was perfect for me and from the very first lap, I’ve been driving with a big smile on my face” said Johan.

With his victory, Johan narrowed down the gap in the overall standings and now he is only three points from the championship lead after the fourth round.

”I’m very, very happy with how the season has begun” said Johan. ”We all know that this is a new team with new people that are working together. It couldn’t have gone any better – the teamwork is perfect and we keep getting faster and faster. The team championship is going really well for PSRX Volkswagen Sweden and Petter and I both reduced the gap to Mattias Ekström in the lead this weekend – that is fantastic!”

The FIA World Rallycross Championship continues with the fifth round at Lydden Hill in Great Britain on May 26th.